An anecdotal picture journey down 45 years of the company’s history by and with company founder Heinrich Kampmann.

“Forty-five years isn’t a real anniversary but it’s still reason enough for me to take stock – with personal insights and anecdotes. As you perhaps already know, I worked for Erwin Müller (EMCO) before I became self-employed. The fact that, at the time, Mr Müller encouraged me to stand on my own two feet may be regarded as a stroke of luck for me, the air-conditioning industry and the Emsland region. I’m extremely pleased that the two companies EMCO and Kampmann are now moving closer together and are expected to swap their respective air-conditioning-system and entrance-mat units. And that in spite of the fact that the loss of the entrance-mat business unit that I founded does hurt a little.”

Before 1972: My relationship with Erwin Müller 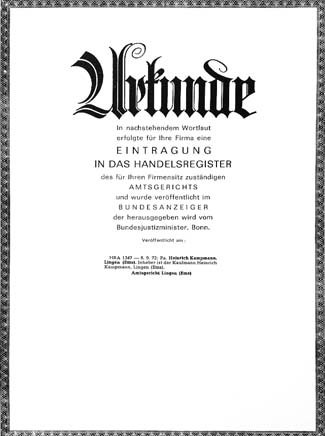 THE STARTING SHOT: hardly any capital, a garage as company headquarters but full of belief – many large companies started this way.

“It’s always been said that our relationship was strained – but that’s not true at all. Our relationship was characterised by trust and cooperation. When I suggested to Mr Müller that he manufacture convectors, he said to me: “Do it yourself, Kampmann! I’ll give you the roll-up grilles to do so.” It was a promise that came to nothing but it made me start making the grilles myself. And although we didn’t see much of each other after that, we always treated each other with respect.”

“Although we did start out really small, I believed right from the start that we’d be successful. There was only one manufacturer of convectors on the market – and the market was huge. And then to offer convectors and grilles in a package was unique at that time. But I didn’t think then that we’d end up growing so big. I was able to win my first major order in 1973: Procter & Gamble was building a new logistics centre in Emsdetten at the time and they asked us to supply convectors along with the casings. But the customer wanted to verify our technical and financial capacities and actually visit us – which put me in a difficult position.

Fortunately for me, they were unable to arrange the visit, which allowed me to order the convectors from my supplier as planned and have the casings manufactured by a subcontractor.”

OUR FIRST TRADE-FAIR STAND: Cobbled together right in the hall from profiled boards. And yet a great success!

“Our dynamic growth forced us to relocate a lot during the initial phases: from the garage at home to a first office with a small workshop and then – as early as 1974 to – a larger hall, where we kept standard convectors in stock. We were lucky in that our only competitor really thought that his customers should have to wait for as long as it suited his production – our customers could buy from us immediately. That’s why it became necessary to relocate again in 1975: to Friedrich-Ebert-Straße, where we started with 11,000 square metres, which have now grown to more than 62,000.”

We ran our business from Waldstraße ONLY FOR A SHORT TIME. Just one year later, we had already relocated to Friedrich-Ebert-Straße. 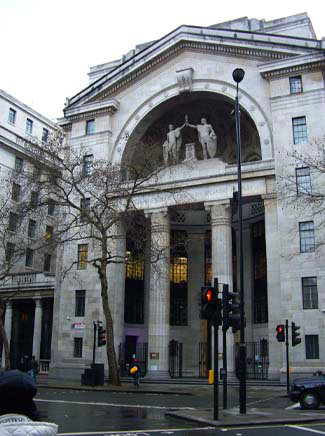 THE BBC STUDIOS IN LONDON. We supplied custom-made casings for heaters to the BBC in the 1980s.

“Our trench heating units had established themselves on the market by the beginning of the 1980s which was also when we launched our own range of unit heaters and I had invested hugely in our production capacities while setting up branches in Toronto and London. And still we found ourselves in real difficulty in 1981 when a major order arrived from London. The BBC wanted us to produce tailor-made heating unit casings. But we were able to conclude the project very successfully. So that was another reason to ramp up investments: our first Trumatic went into operation in 1985. We were now manufacturing fan coils ourselves along with finned tubes made from pre-galvanised materials.”

“While visiting Bad Aibling spa, I saw the enormous effort that was going into producing moor packs and treatments there. I thought there had to be an easier way. And, since in Emsland you don’t have to look far to find the moors, so to speak, we developed a new system with ready-made applications and equipment that any physiotherapist could use. It got off to a great start and our system was very popular due to the fact that the health-insurance companies paid the therapists well – until later health reforms resulted in such swingeing cuts that the business became unprofitable.”

KAMPMANN MED was a very profitable business segment. But the political situation forced us to shift our attention elsewhere.

“Helmut Kohl promised us ‘Blossoming Landscapes’ in 1990. So I took off with my wife in our caravan to travel the terrible roads for weeks and scour the entire eastern regions of Germany for a location. At some point, somebody told us about the old printing works in Gräfenhainichen. And it was as if it had been made for us! I wanted to buy it for one German mark – that wasn’t unusual where the Treuhand was concerned. I ended up paying 1.4 million marks for it, however. But it was worth it. Funnily enough, Gräfenhainichen had the same postal code that Lingen used to have: 4450.”

GROUND PLAN OF THE OLD PRINTING WORKS in Gräfenhainichen, which we converted into a new production and sales location in 1991.

“I’ve always been interested in the latest technologies. We were already using digital media before the Internet became established, for example, to present our products. So we were, of course, able to secure all the domains for the Kampmann name early on. That benefits us today.” 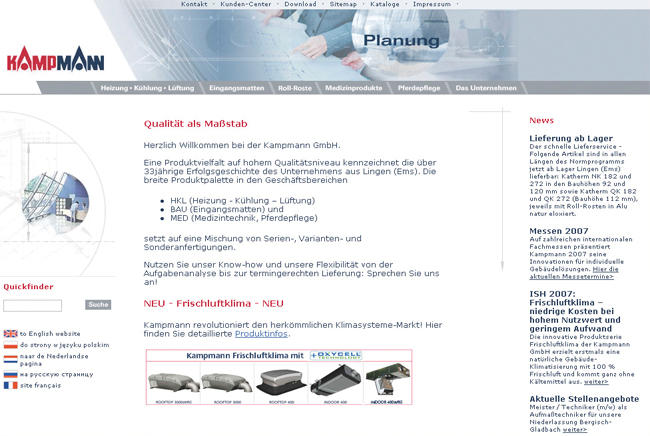 AN OLD SCREENSHOT OF KAMPMANN.DE. We’ve always been early adopters – and initiators – of new technologies.

“When I built my riding hall with stables in 1998, I was surprised at how little technical support was available for horse care. Cooler rugs, for example, were placed on the sweating horses after their exercise sessions and that was that. I thought that it wasn’t hygienic or healthy at all. Why couldn’t you blow-dry horses like people blow-dried themselves after showering? No sooner said than done. We developed a horse-dryer and immediately applied for a patent. We were told, however, that there was already a product for drying dogs in America – but it didn’t compare to our horse-dryer! Our patent attorney contested the decision and we even got the global patent as a consequence.” 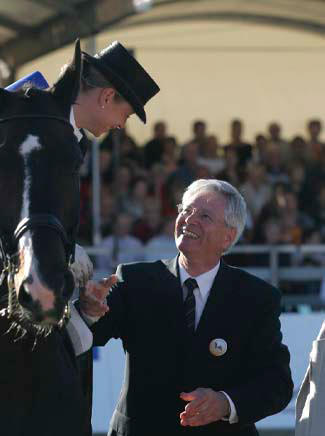 OUR DRESSAGE FESTIVAL was a great event for the Emsland region. A sports event with genuinely global stars. The picture shows me with Isabell Werth.

“It’s not a given that the working atmosphere at a company that manufactures air-conditioning systems is good. But this was the way it developed quickly and naturally here. We’ve always done lots with and for employees – and that long before anybody had mentioned the words ‘employer brand’.” 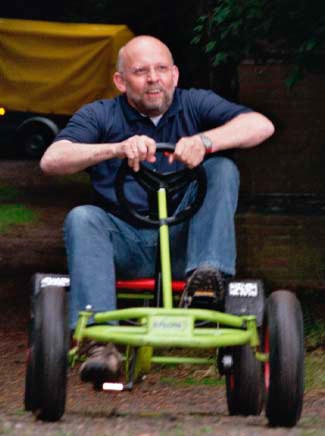 HERMANN ENSINK STEPS ON IT: that was at one of our Kampmann triathlons.

“I already asked Hendrik when he was just 16 years of age whether he wanted to take over the company at some time in the future. He said, yes … and that was the starting shot to provide him with an education that was specifically structured towards this end: university-entrance qualifications, university, a job at Philips and an internship at Dresdner Bank ... And by 2006, he was able to assume the role as sole managing director. But we stay in touch and coordinate all the important decisions.” 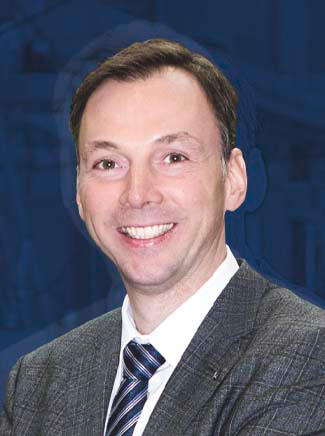 EVEN IF I AM QUITE ARGUMENTATIVE – I’ve always been highly satisfied with Hendrik’s work.

“Well – the lady shooting fresh air wasn’t my idea and it was very peculiar. Particularly in view of the fact that there had been a mass shooting in Winnenden shortly beforehand and so nobody was really happy with weapons being pointed at them. But the air-conditioning technology was actually great! We then perfected the concept of indirect evaporative cooling with pure water using the Ka2O technology. And now – in conjunction with NOVA – we’ve got an unbeatable general concept for air-conditioning and ventilation systems.” 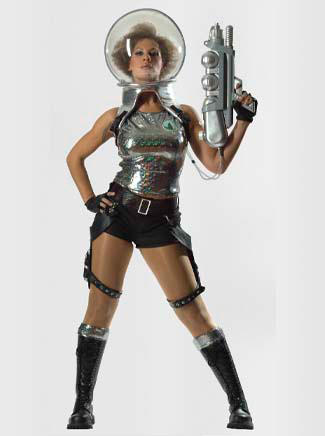 YOU CAN ALSO MAKE MISTAKES: the Klimanautin probably wasn’t the greatest of ideas.

2006: I leave the active management of the company

“I always said I’d quit when I was 65. And it wasn’t difficult for me either since everything had been perfectly arranged with Hendrik. Particularly since my stud farm is keeping me more than busy. But I still have a very direct link to the company in my position on the supervisory board so leaving wasn’t too difficult.” 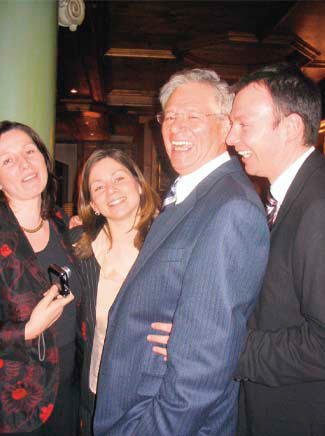 THAT WAS ON MY 65th BIRTHDAY. As you can see, I was really looking forward to the next stage of my life with one of my daughters and my son.

‘Our stud estate is like a small farm. We’ve got horses, dogs, cats, chickens ... I get up early in the morning because it’s the early bird that catches the worm. Then I exercise as required by my personal fitness plan, look after the animals after that, do my correspondence and take care of the farm – we’ve got six hectares of land. So there’s always plenty to do.”