When you look at the location of Maisons-Alfort on a map it is hard to believe that the town with a population of 50,000 is actually a stand-alone town. It is fully absorbed into the massive conurbation of Paris. It’s a mere ten kilometres into the centre of the French capital. You’re also struck by another feature when you look at the map: this is where the River Marne flows into the Seine. The Quai Fernand Saguet offers a wonderful view over the Marne including a weir that bring the level of the Marne to that of the Seine. This is precisely where BPI France has built its new training centre.

BPI France is a public investment bank, which specialises in corporate consulting, innovation assistance, partner financing and supporting companies with digital transformation. The new five-storey training centre in Maisons-Alfort is built in the shape of a cube and features full-height glazed façades on the Marne side. Kampmann trench heaters have been installed here so as not to obstruct the wonderful view.

Katherm HK provide efficient heating and cooling coupled with low noise levels. The powerful output of the Katherm HK units stands out particularly when they need to cool, essentially working against the laws of nature. What is known as the “short circuit” is optimised where the cool air blown out falls again too quickly and is drawn in again by the convector.

The Katherm HK units designed for the BPI branch are custom-made units. Empty trenches and individual mitres guarantee that the convectors sit as a continuous strip in front of the windows. They also boast a supply air connection. In terms of hygiene, Katherm HK units conform as standard to VDI 6022 and their outputs have been measured according to DIN EN 16430.

The Katherm HK units in Maisons-Alfort are controlled by KaControllers and thermostats in the rooms. 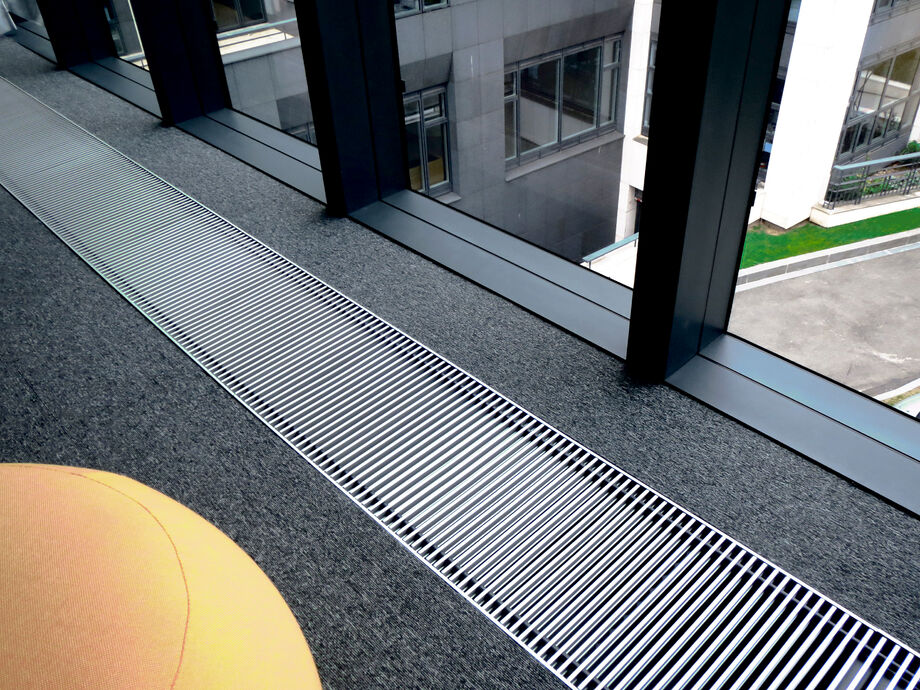 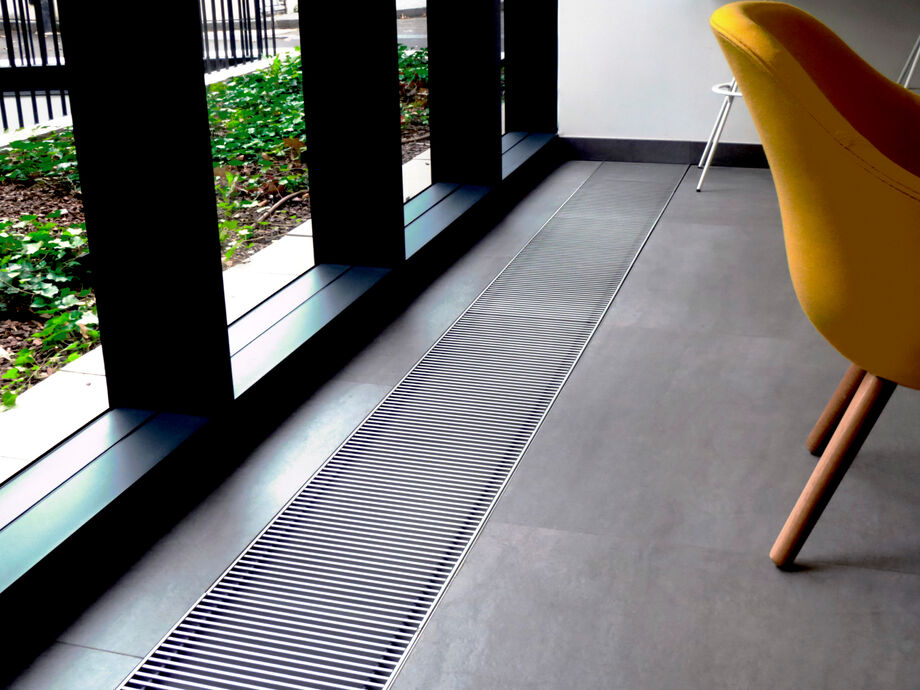 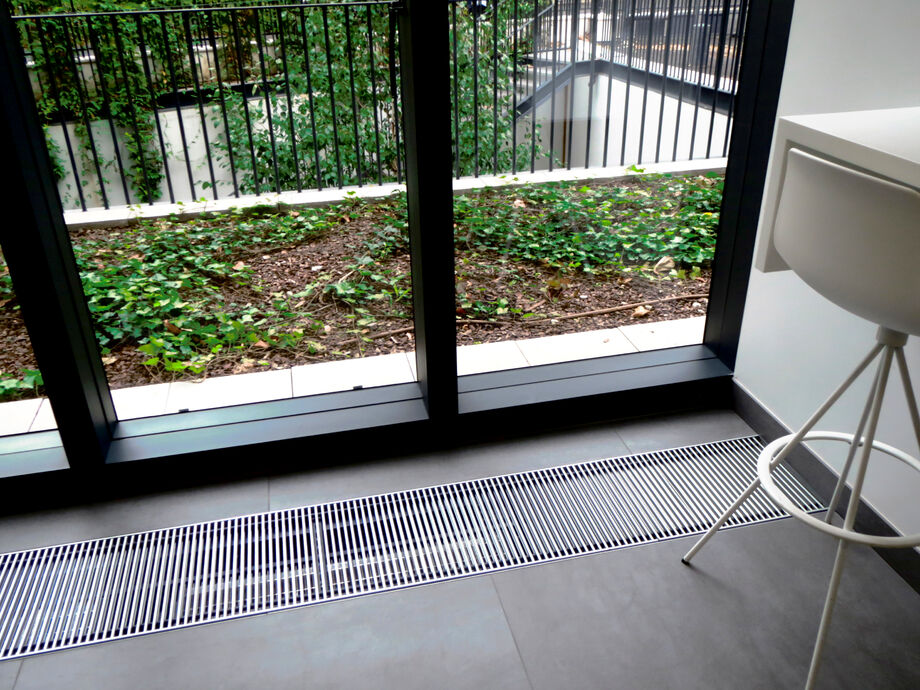 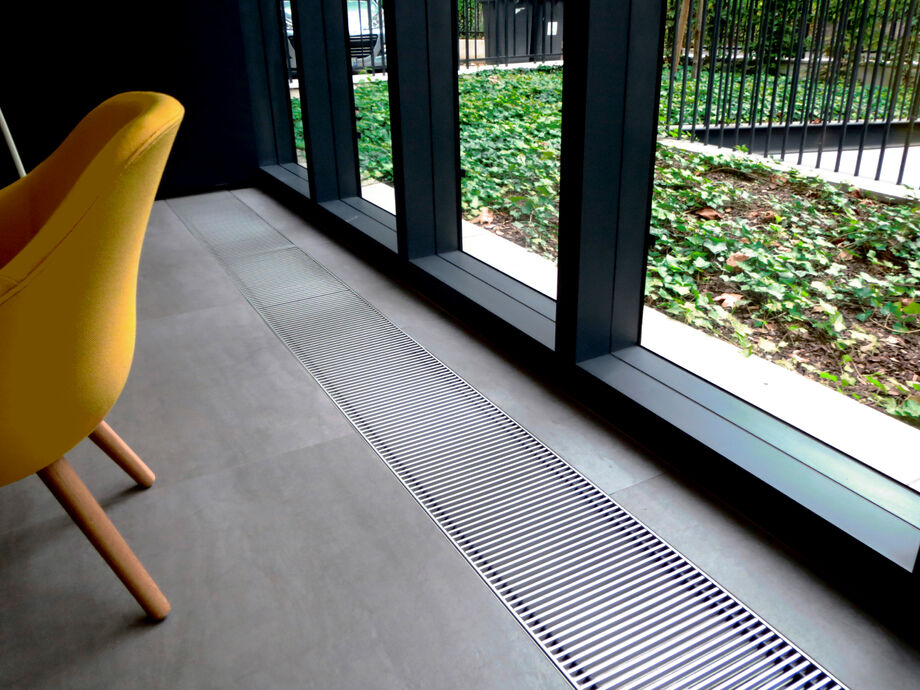 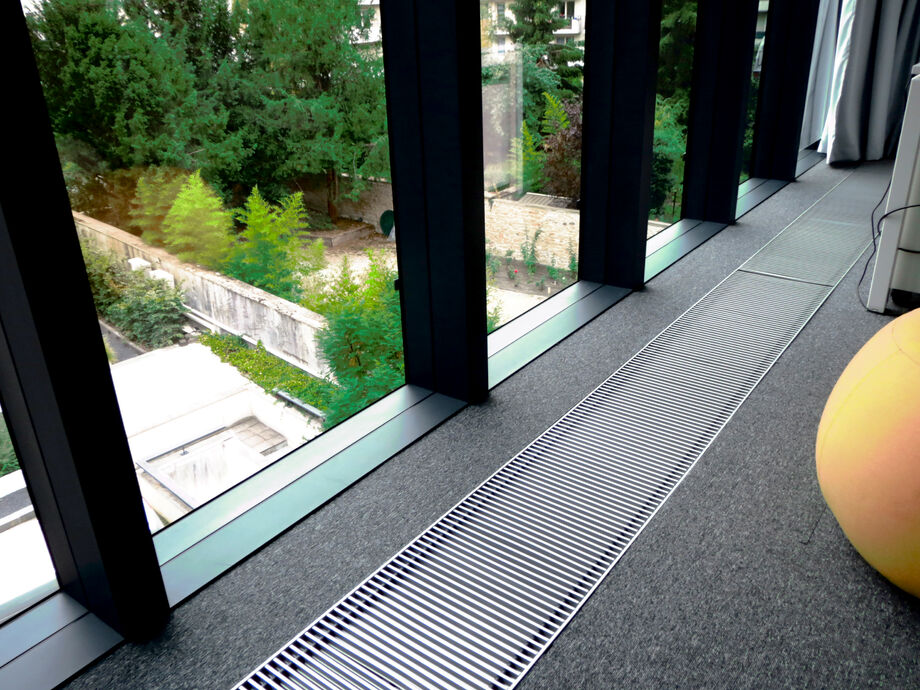 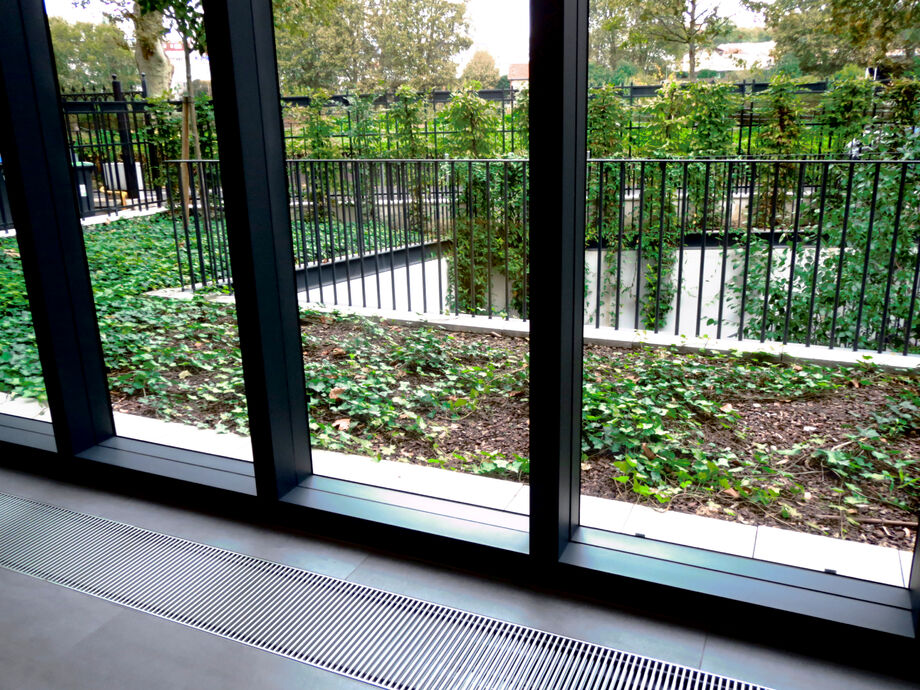 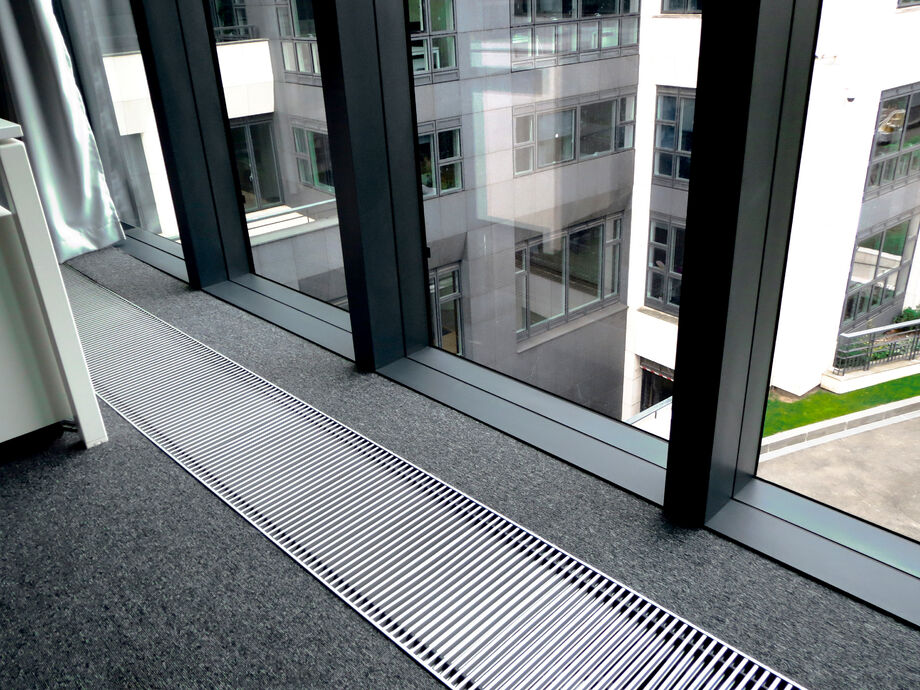 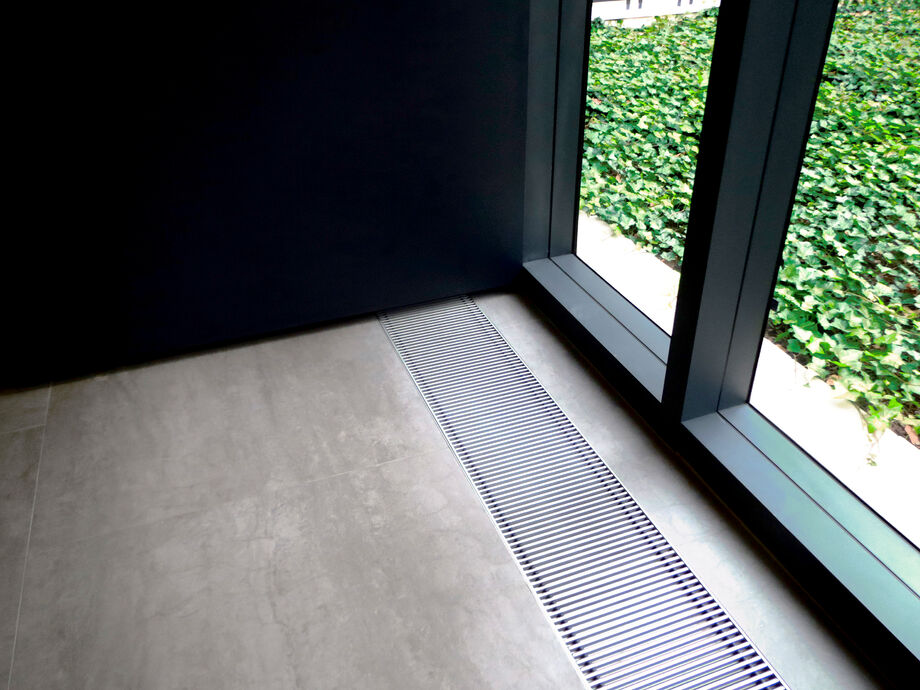 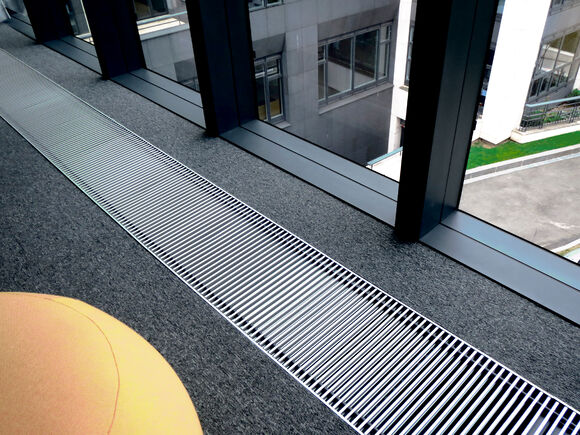 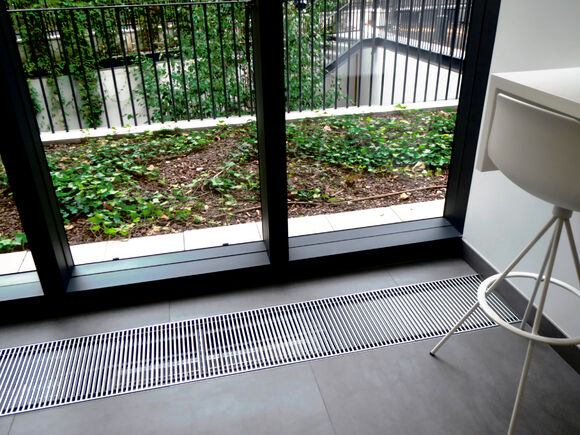 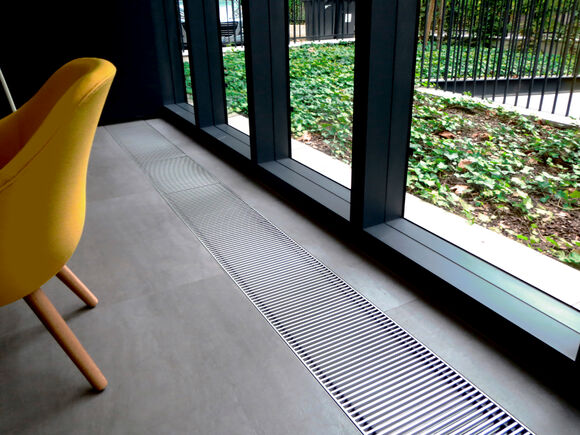 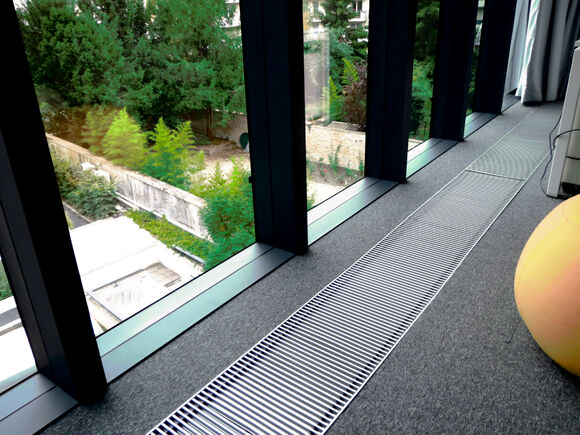 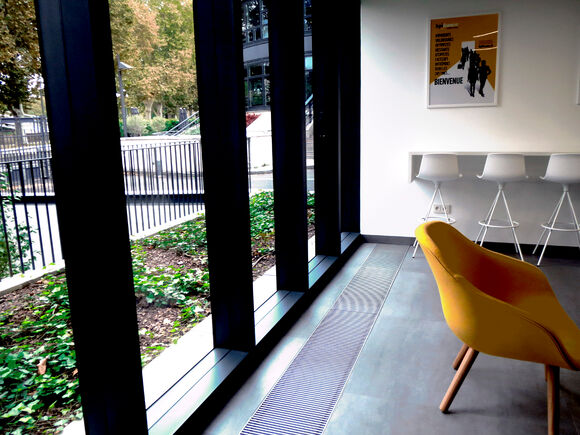 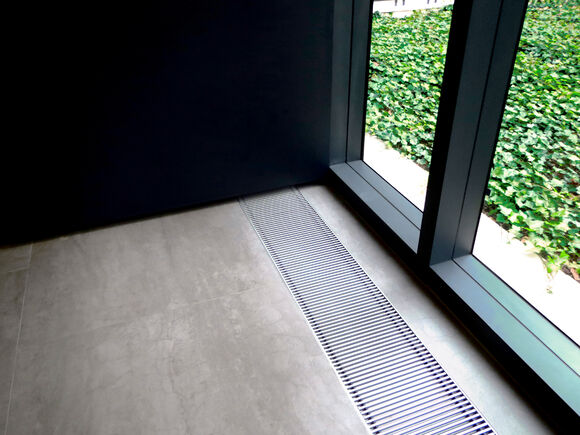